Do not eat the bread of the stingy; do not desire their delicacies;

for like a hair in the throat, so are they.

“Eat and drink!” they say to you; but they do not mean it. 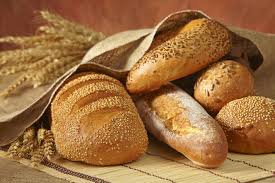 Hot coffee fills the urns. Pitchers of juice and water are surrounded by paper cups. The table holds cookies, crackers, cheese, and veggies with dip. There are pretty plates and napkins on either end. Sometimes there’s a centerpiece. Someone went to a lot of trouble and no little expense to provide the refreshments. It could be the reception at a PTA meeting, snacks for the school concert’s intermission, coffee hour after worship, or a neighborhood open house. Everything is lovely, until someone violates an unspoken rule. It might be kids must wait for adults to take food, or two items only until everyone has gone through the line, or you must eat everything on your plate before taking anything else. The rule breaker is served a pointed look, a roll of the eyes, or a cutting comment about the lack of manners to go with that extra cookie. If the rule breaker is a child, it might be a harsh word and a plate taken away. Whatever the consequence, the stinginess of the host is a far greater problem than the ill manners or ignorance of the guest. 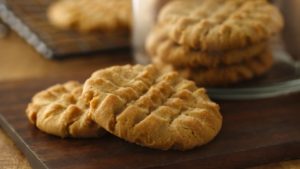 I believe in teaching good table manners; I believe rules of etiquette evolved because they make communal life easier and more fair. Eating what’s on my plate rather than wasting food makes a lot of sense – it honors the bounty of the earth and the work it took to create the food on the table. But begrudging an extra cookie or an uneaten apple slice? If my generosity as a host is tied to a specific set of rules, I’m not really giving the food freely – I’m trading it for orderly behavior and obligatory thanks.

I don’t want to be an ill mannered or inconsiderate guest. Even more, I don’t what to be a stingy host. Whether host or guest, I want to be grateful for the food on the table, the hands that prepared it, the mouths that enjoy it, and the God who delights in true hospitality given and received.

God, grant me a grateful heart and the ability to be generous to everyone who finds himself or herself at my table. Amen.

Twenty-six days ago, a stranger in a truck turned left across two lanes of Route 6 to pick up his dinner at Kool Kone. He didn’t see the white corolla coming the other way – the one my son and husband were in. In a flash of air bags and squeal of brakes, the truck gained a huge dent and the corolla became a total loss. Everyone walked away – just some stitches between fingers that might or might not leave a light scar. But the story didn’t end there. Insurance claims, paperwork, removing plates at the tow yard, and getting a rental car came in the accident’s wake. Once the settlement check arrived a few days ago, car shopping online turned into test drives and signing papers on a black 2016 Mazda. There will be a few inconvenient days until we can pick it up, but then life should return to its usual routine. But it won’t ever be the same.

The insurance check will pay about two years of car payments, and the Mazda’s slightly better gas mileage and lower odometer reading will save us some money at the gas station and garage. But we will spend thousands more than we would have done if the accident had never happened – if the truck driver had taken an extra few seconds to make sure there was no oncoming traffic or if my son and husband had driven past Kool Kone ten seconds earlier or later. One person’s error in judgement affects others; fortunately for everyone, the cost is only in dollars and inconvenience rather than debilitating injury or loss of life.

I think about it when I get behind the wheel. What I do as a driver connects me to the other people behind the wheels of every car I see and the one in the blind spot that I can’t. They are my road neighbors, God’s beloved in the traffic. I may not be responsible for their lives, but I am responsible to order my driving life in a way that doesn’t put them at risk unnecessarily.

Am I my brother’s keeper? Like it or not, every time I drive down the road I am.

A harsh startup occurs when a discussion starts with a critical, sarcastic, or contemptuous tone.

William Smith wrote these words in How the Other Half Lives [Cleveland: The Pilgrim Press, 2010 p. 107], referring to John Gottman’s research into what strengthens and what weakens marriage relationships.  The gist of it: a negative beginning leads to a negative outcome. Resolving conflicts and keeping a positive relationship rely on partners approaching differences of opinion with affection and respect. It makes sense that this applies to all kinds of situations and relationships – positive regard for others, even when there is disagreement and conflict, fosters progress and preserves the dignity of everyone involved.

Why is it so hard to approach disagreement with respect for the person on the other side of the issue? Why is it so easy to move from disagreement to personal attack, especially since it doesn’t end well for anyone involved? Avoiding the harsh startup makes so much sense, but it can be difficult to do when discussing important points of disagreement and conflict.

I’d like to say that I never begin discussions with my husband, family, friends, and acquaintances with a harsh startup, but I can’t. Just a few days back, I opened with harsh words  in a discussion about what kind of car to buy and where to buy it. This wasn’t exactly a life-or-death issue, just a question about a possible auto purchase. Fortunately, neither of us chose to continue down a dark verbal path because of my thoughtless words.

Gottman wasn’t the first person to realize that cutting remarks lead nowhere good for anyone. Sarcasm didn’t start with my generation and contempt has been around for thousands of years. But so has the solution, and it was vital enough to be included in our sacred writings:

A soft answer turns away wrath, but a harsh word stirs up anger. Proverbs 15:1, NRSV

Today has been a day of getting things done. I spent time in my library’s learning garden, dividing perennials for families attending story time. After that, I was on to prepping and painting the bathroom ceiling and closet. Both of these activities have been a lot of work, and will require many additional hours of work to complete. But there’s something immensely satisfying about seeing the changes that my work brings – changes that will last well beyond this season. The garden is much improved for the weeding, pruning, and dividing; the new paint on the walls and ceiling refresh the whole room. Such tangible results for a day’s work!

But there are changes that will come from today’s efforts that are well beyond what I will see. The perennials I dug up today will grace many yards in this town and beyond – who knows how many times they will be divided in the coming years, growing out of a few plants hundreds more. The new bathroom paint is likely to last for years, providing a clean and bright space for family and guests.

Perhaps that’s why Proverbs was included in our holy scripture: to remind us that our daily actions and choices affect the world around us in ways that just may go beyond our own little communities and life spans. It’s not the only message that helps me honor God, self,and neighbor, but it certainly reminds me to do improve what I can through work and action as well as through thought and contemplation…

Fools show their anger at once, but the prudent ignore an insult. Proverbs 12:16, NRSV

I’ve known a few people over the years who would say nasty things just to get a rise out of someone. For whatever reason, they enjoyed upsetting their friends, relatives, coworkers, and the occasional stranger. The person on the wrong side of their remarks usually responded in one of two ways: strike back with angry words or keep a hurtful silence. Either way, they gave the instigator the satisfaction of a response, a reward for his or her bad behavior.

Ignoring an insult isn’t the same as taking it in hurtful silence; ignoring is acting outside of direct engagement, leaving the insult with its speaker. This isn’t an easy thing to do, but there are two very good reasons to give it a try. 1) If insulting behavior isn’t rewarded, it will cease (this may take some time, but it will work). 2) Once the bad behavior stops, a positive relationship becomes possible. To do this takes strength and patience – in other words, prudence.

It’s something I’m hoping to grow into…

Those who are kind reward themselves, but the cruel do themselves harm. Proverbs 11:17 NRSV

Another way to say the same thing: kindness is its own reward and cruelty is its own punishment. Perhaps it’s because kindness is fostering whatever lives and moves in this time and place and cruelty is putting every effort into maiming or killing it. Either way, it is sure to rebound on the person who is its source.